How good is Allina Health EMS? 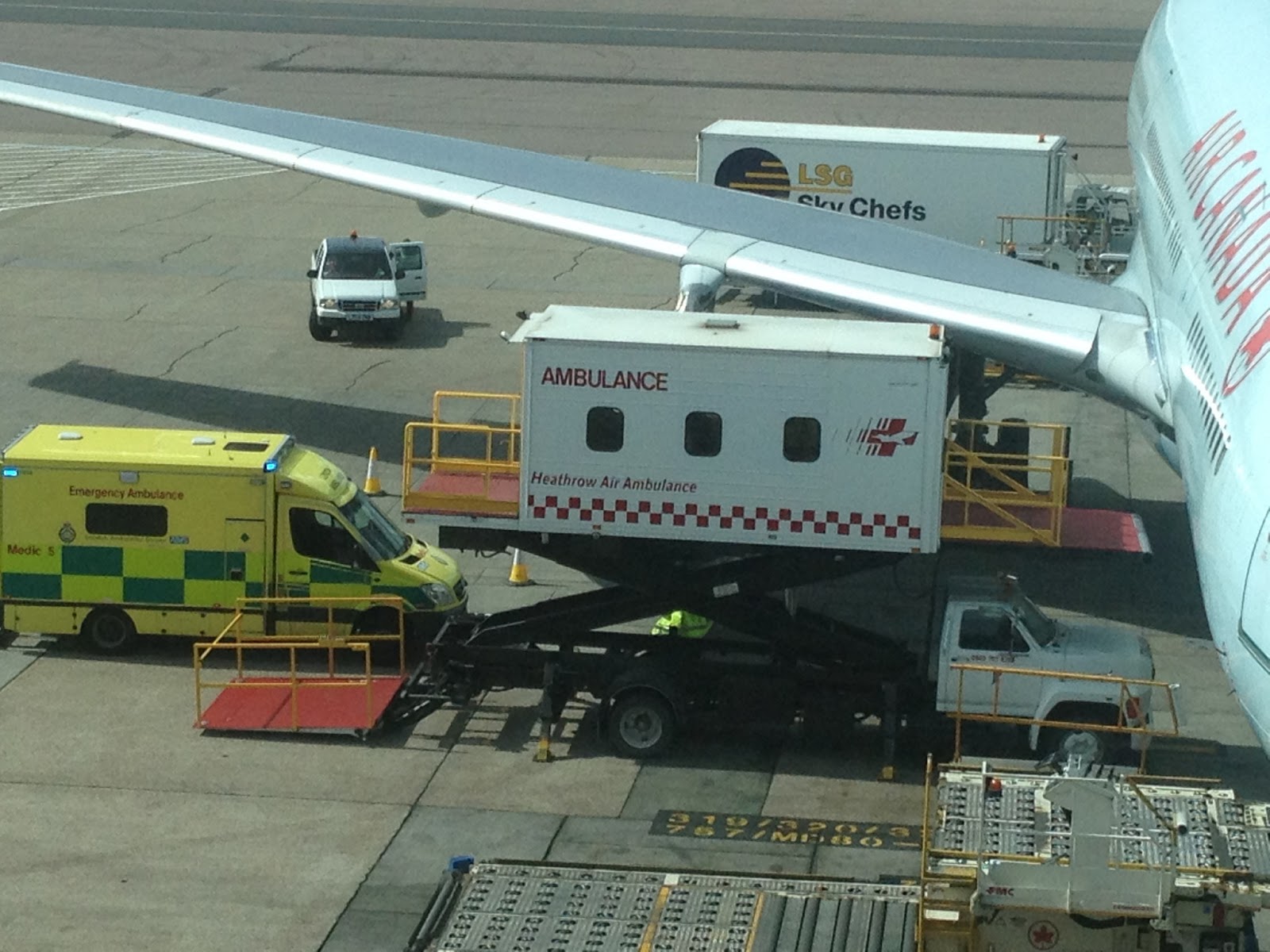 I've been thinking about how we can make things easier on our staff at the airport, this may be a start.

I have just returned from a trip where I got a chance to learn about the EMS system in Great Britain. Interestingly, I found that they have many of the same challenges that we do. They are trying to improve their outcomes of cardiac arrest and are looking at the best way to do that. They are trying to develop processes to reduce the number of non-emergent ambulance responses and alternatives to taking everyone to the hospital. They have standard national protocols that are the minimum standard for all ambulance services. That means that they have a uniform set of medications and equipment.

There are national clinical performance goals that they take very seriously. At the end of the year, if it looks like they are going to miss the required marks, they cancel all meetings and send everyone into the field to work on the goals.  The medical directors are directly responsible for these goals and have to answer for them.

Their goals include response times, care of stroke victims and of patients with STEMI.

Their goals also include survival of cardiac arrest.
For reference, the Allina Health EMS  survival to hospital discharge rate is 14.4%. This is better than the average of Hennepin County, Minnesota or the US.

You should be very proud of what you do.


Ultimately, I learned we have a very good EMS system. While we can lean from others about how to tackle some of the challenges in front of us, we do things very well.
Posted by EMS Physician at 11:13 AM No comments: 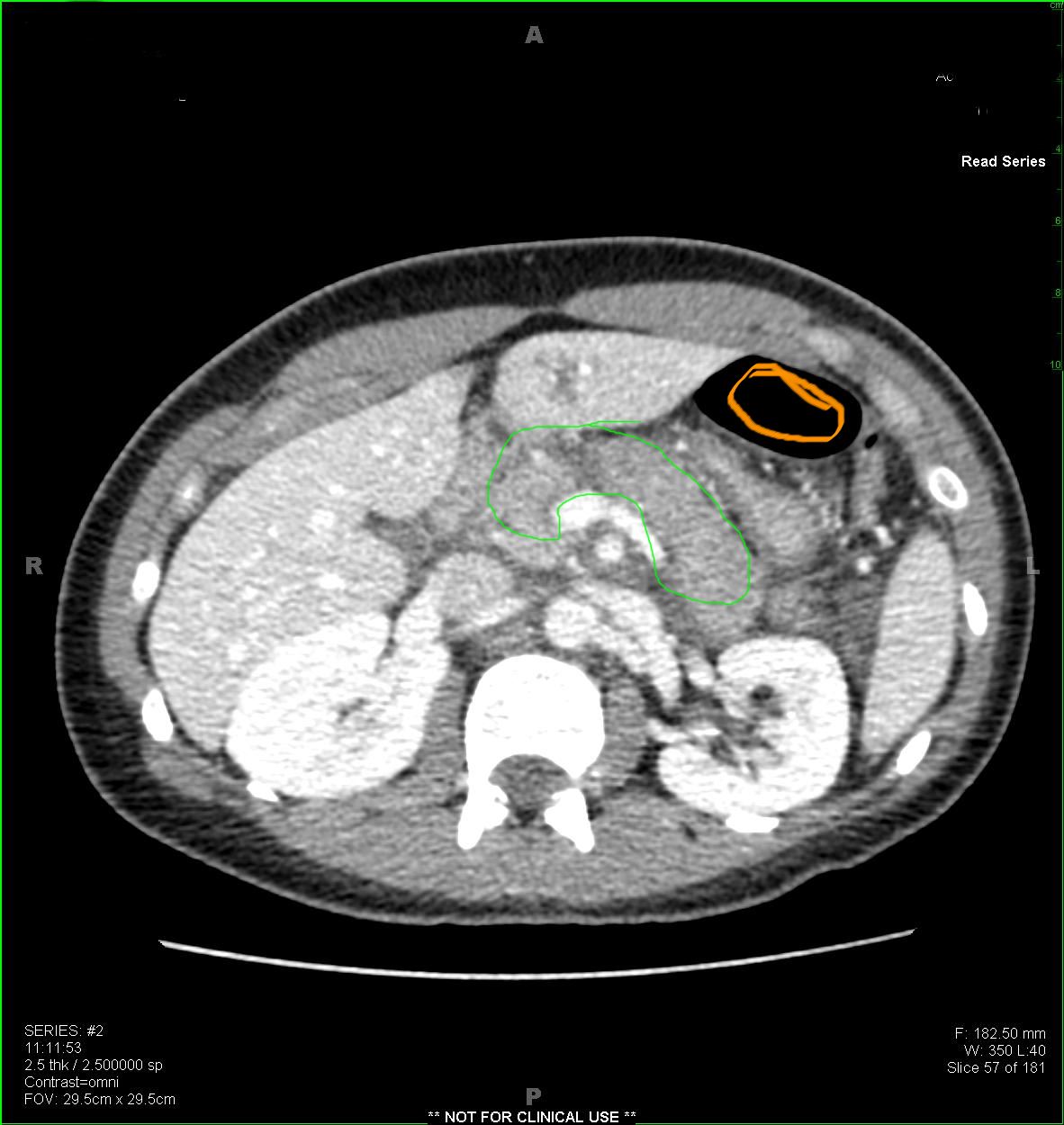 One of the reasons I went into Emergency Medicine is that on every shift, there is the potential for an interesting case. I suspect there are many people in Emergency Medicine and Emergency Medical Services who are of the same opinion. We all tolerate the mundane cases, the repetition of influenza cases in January and the long nights with no patients. You do all of this knowing there that there is still part of this job that gets your attention when you see something that you didn't expect, or haven't seen very often.

Look at the image above as I give you the details of this case.

This is a young person who came in saying he fell on the steps in the past few days and has vomiting and abdominal pain. Part of the reason he fell was that he was drinking, but he and his partner assure me that he had not overdone it and that his symptoms were not from a hangover.
He has normal vitals, but was very uncomfortable. I did a bedside ultrasound and saw no free fluid i.e blood, so I started into by speech about pain and muscle contusions and how unlikely it is that there is anything wrong internally.
Blunt trauma to the abdomen can cause damage to wither the spleen or liver, most commonly. The term used is spleen laceration or liver laceration, but they are more like fractures or bruises. With blunt trauma, that is the injury you worry about, unless the mechanism is atypical, like a handlebar to the abdomen or if someone throws a shoe at you. But "Who throws a shoe? Honestly."

When you have a focal impact to your abdomen, you can bruise your bowel which will cause pain. Then, once the bowel swells, you will stop passing food and you start to vomit. That process can take up to 48 hours and that did not fit really well in the case I am presenting here.

I kept looking at the patient and decided he was in to much pain to send home without formal imaging, hence the CT scan image you see above. What is outlined in green is the patient's pancreas and it is broken in half. This is rare, painful and has the potential for many long term complications. The treatment is placing a stent in the pancreatic duct using upper endoscopy. You do this because you don't want the pancreatic enzymes that normally digest food leaking into your abdomen and wreaking havoc on your abdominal organs.

An unusual case that is worth bringing up because it is easy to let your guard down when you hear a mechanism that so often leads to no significant injury. I even make jokes about how I see people who fall on the stairs everyday, yet I still brave the steps in my house.

Extra credit: Send me note and tell me what is represented by the dark area I have identified with an orange circle.

Jeff,  A long time listener from Eagle Valley wrote in with the following question:

"We are seeing more arrests from heroin overdoses, should we be using narcan early in those cases, or following our cardiac arrest protocol?"

It seems logical that since the arrest is caused by the heroin overdose, we should use the antidote early to correct the problem. I have seen the same approach in cases of hypoglycemia causing cardiac arrest; people give D50 to correct the  initial problem, hoping it will improve the cardiac arrest condition.

The quick answer for this, we should be following the cardiac arrest protocol.

Here is the AHA text from the section of the 2010 guidelines for CPR and Cardiac Arrest.

Naloxone has no role in the management of cardiac arrest.

Here is the rationale that I use when asked "Why not use glucose or narcan when you know exactly what caused the cardiac arrest."

Hypoglycemia and heroin are indirect causes of cardiac arrest. They have little if any direct effect on the heart. Therefor, reversing them does not counteract some direct effect that is causing the cardiovascular problem. They cause respiratory arrest, which leads to hypoxia and then cardiac arrest. So, if the person is in respiratory arrest, it makes sense to reverse the problem ( give D50 or Narcan). Once they are in cardiac arrest, you are dealing with problems that are not going to respond to reversing the hypoglycemia or heroin.

Said another way, giving narcan in a cardiac arrest may increase their respiratory rate, but you still have no cardiac activity to work with,  so you should be treating per cardiac arrest protocol.

References:
I found only 3 articles about narcan in cardiac arrest. One was a case report of a person who arrested from a pain medication overdose. She got ROSC after narcan but did not live. The other is a retrospective look at care provided over a long time. They found 36 cases where the patient got Narcan because of suspicion of overdose. 15 had a change in their EKG, but there is no comment about if the people lived or even got ROSC.

So for now, follow protocol and look for the "H's and T's", of which heroin and hypoglycemia are "H"s".

Thanks to Vikki Peckman, Doug Thompson and Kyle Strege. All knew that in a newborn, the right arm is the most accurate assessment of the oxygen state of the child since the left arm ( and legs) carries blood from the ductus as well as the aorta so the oxygenation is mixed and lower than the blood going to the head and right arm.


Posted by EMS Physician at 9:08 AM No comments:

In any medical conversation, it is important to know what might be influencing a person's opinion.

Below you will find my relevant affiliations.
Just sayin'.